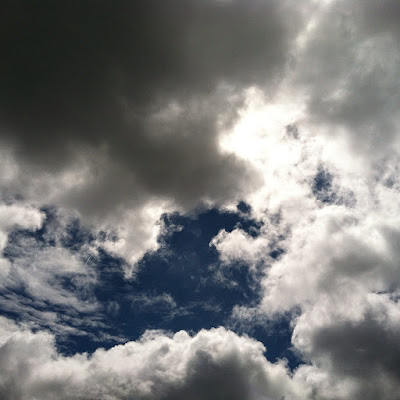 I debated about whether or not to discuss this on the blog, as this is generally a place where I try to show sparks of inspiration even after my own sometimes whiny venting. However, I feel compelled to talk about something that has recently occurred in my universe.

A buddy of mine, an acquaintance really, committed suicide eight days ago.  His obituary was neat and tidy as most are in these types of situations, mentioning a few sports interests and the name of his family and dog, where he went to school etc. In lieu of flowers, please donate to...etc.

I am still trying to wrap my head around why he would do it, though I unfortunately am no stranger to suicide- but in the meantime I thought I would shed a light on what a lot of obits of those who take their own lives lack. I am not mentioning his name for the sake of his family, as there is still a huge stigma associated with such an act. Anyway-

My pal. My pal was smart. Wicked smart. Compulsively so. His brain was quick to pick apart a mistake or a detail said incorrectly. I'm a "mistakes are part of the game, man" kind of free spirit, so we made a funny duo. He frequently rolling his eyes in mock disgust with me and I teasing him for nitpicking.

He hated...HATED slow drivers. Of course, his idea of "slow" was the speed limit I think. I teased him for it all the time. Every morning when we'd get to work and settle in, I'd intentionally ask him about the traffic on the way in because it tickled me so how mad he would get. He was in on the joke and often exaggerated his frustrations for comic effect. It never ceased to amuse me, however I frequently felt there was secretly something deeper behind it. An anger or a rage I didn't understand.

My buddy was obsessed with the Walking Dead. I'm not one for zombies, and it's macabre to think it may have been somewhere deep in his psyche that one could physically live again after death...I dunno. But he and his spouse marathoned entire seasons over the weekends and at work on Monday he would fill me in on the Reader's Digest version of what was going on in the series. It lit him up to talk about it so I encouraged it, as it seemed to make him happy.

We frequently laughed, rolled our eyes and spoke fluent sarcasm together, especially in long meetings. It was a riot when things got monotonous at work or you're trying to push through that 3 pm slump. To look across the conference room table and you're both making hostage eyes at each other never ceased to amuse. Sometimes we'd get the giggles, though he was better at hiding it than I.

The last month or so we worked together, he suffered migraines. Severe migraines that kept him home from work and caused him to leave early from meetings. He was obsessively embarrassed that the doctors had given him a bad haircut after a brain scan. I told him I hadn't noticed and that he looked fine. It wasn't a bad haircut. Still he mentioned it at least a half dozen times to me and seemed genuinely relieved when I was like "Dude give it a break, you look fine!". He was clearly sensitive and had a good heart. Oftentimes seeming slightly offended if I left without saying goodbye at the end of the day. Funny the things you remember...

There was an incident at work that was deeply embarrassing for me. He was so sincerely concerned for me, it was a surprisingly kind and sweet comfort. On my last day that we worked together, he was upset he couldn't make my "going away" lunch with all the pals from the department. It really bothered him. I could tell he was pretty pissed about it. But before I left he told me "I am really going to miss having you to talk to."

I thought it was sweet, unnecessary too as we had each others' numbers and could text any time to make snarky jokes about life and work and nonsense (and did on occasion). It still stuck with me. I hear it in my head a lot now. His idiosyncrasies and obsessive tendencies have been greatly magnified.

A week ago, my pal drove off in the sports car he loved so much, parked it in a city several hours from where he lived and killed himself. I don't know if he was clinically depressed, buried up to his eyeballs in debt, had gotten a medical diagnosis for his migraines and decided to take it into his own hands...I have no answers. Only questions and a heavy heart. As it is with suicide, there are a lot of unanswered questions. That's just part of it, I reckon. Not everything gets tied up into a nice little bow as it can sometimes appear.

Again, we weren't best friends. We knew each other for five months. We were pals who worked together and made sarcastic jokes to one another. Yet, I hear him say over and over and over again: "I am really going to miss having you to talk to." I imagine him feeling so alone, so without hope that it breaks my heart. I don't want him to be remembered as a whole as a man who took his own life.  He was more than that.

I know y'all don't know him from Adam. However, I want at least someone out there to know- this random bland obit in the paper was for a person who lived. He had a life with love, challenges and mundane annoyances, humor and Netflix binges just like you and I have. I want to somewhat smudge the stigma from suicide just a little because though it is absolutely heartbreaking that people around you could be suffering so deeply and you not know; it isn't shameful to discuss.

The folks who lose people to suicide are often afraid to talk about it publicly because it makes others visibly uncomfortable and make pity eyes at you (Ugh with the pity eyes). I've seen that with my own experiences and most likely those left behind are sad, scared, confused and oftentimes riddled with guilt and a whole lotta anger. Don't regurgitate "comforting" cliches. Tell those left behind that it sucks and that you are here for them. Drop off a casserole with a note sometime, or tickets to a movie.

Remember that you truly don't know what someone is going through. You don't know their lives, their heartaches or their struggles. Be kind, reach out- but don't pity. Notice the little things. Good, bad, ugly and in between. Be there when the calls come in. Call if you think of it.

My pal is gone and he would soooo roll his eyes at me writing this, but I know deep inside it would have probably made him smile. And I always liked getting him worked up about stuff, so this one's for you, dude.

To you, friend. Wherever you are. 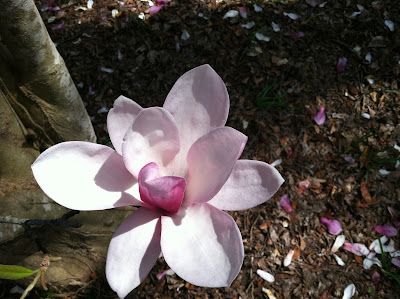 Where do you get the fuel to do what makes you truly happy?

You see, I feel called to do a handful of things. I daydream about them all the time, I wake up thinking about it and fall asleep thinking about it (I'm an Air sign, it's kind of our thing). But when it comes to taking the necessary steps to getting those things I dream of started, I short-circuit. I find other things that could be done instead. Things for other people, busywork tasks, mundane life errands etc.

I know I am intimidated to start. I also know I'm afraid to fail and afraid that if I succeed, I'll find out that said life plan is shite and then have to find another one and end up at square one again.

I'm not good at teaching myself certain types of things. I get worked up into a froth and take a two hour bath or drink three glasses of wine instead. Then I wake up and I'm 34 and still staring into the middle distance dreaming of the things I want to do.

We don't have a lot of time on this magnificent blue marble. We have talents and gifts for a reason. Not using them is nonsense. Not taking the first step because it scares the snot out of you and has your stomach in your throat is nonsense too.

This is a rally cry, y'all. For myself to get my ass in gear, and for you too. I know a lot of you who read this blog (hey y'all!) and I know for a fact how completely badass you can be. To those I don't personally know (hey y'all!), there is all kinds of badassery you are capable of that I haven't even been made aware of yet. And all of this marvelous madness should be shared with the world. It's interesting and honest and we need more of it!!

February Yoga Challenge - What I learned 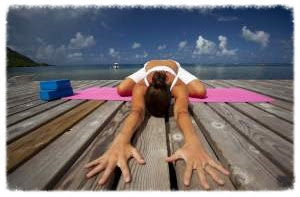 Last month I decided to try the 30 day yoga challenge. Every night before bed I would devote time to practicing a pose of choice. This one and this one (5th pose in the series) in particular were working for me.

In conjunction with that I have made it a practice since Christmas to do some basic stretches every day when I wake up and before/after my daily jogs. Here is what I discovered:

1. That awful feeling of being inflexible when you first start goes away after a week of doing it every day. Now my body craves my daily forward fold. No lie, kids!

2. I did 26 days of yoga, as the last for days I fell off the wagon due to some major shifts in my personal life. However, as soon as I did, I experienced sciatica pain from hell! My body had grown accustomed to being stretched and cared for every day. Woah. Lesson learned.

3. The floor bow pose (second mentioned above) really intimidated me. The first time I did it, I couldn't hold it for more than 10 seconds at a time. By the end of the month I could hold it a full minute like no big deal. It felt good and powerful.

4. I didn't see any results physically per se, but I could feel it in my body. It didn't feel like drudgery as much as normal daily care for my body. However, if I had committed to doing a full series of poses every day, I know I would see tone.

As with the hydration challenge, I am keeping this as a part of my daily life now. It feels good and my body appreciates the extra care.

As for March- it's Meditation March for me. Every day I'm taking a ten-minute meditation (more if I crave it...don't laugh you really begin to crave the peace of mind). Care to join me?

P.S. This made me laugh.

Lu
I'm a Southern gal, a writer, a dreamer, a comfort food-enthusiast, a smart-aleck, animal-lover and determined to provide a peaceful, fulfilling, and positive life full of kindness and abundance...all while beginning my own small business from scratch! Come sit down on the porch and visit with me.